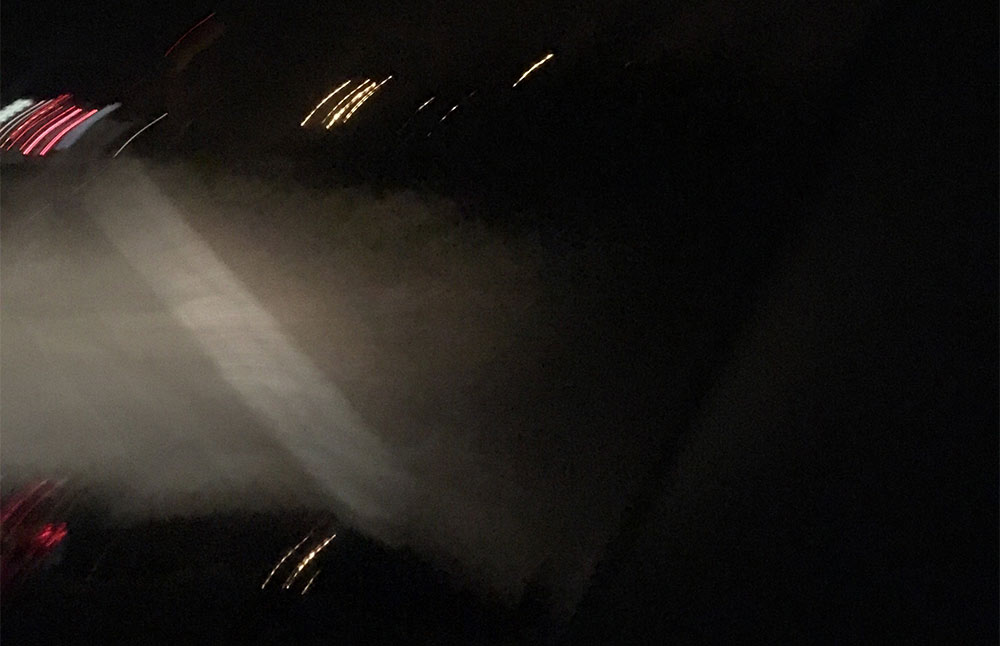 I have been pulled over five times in my life. The first three times I wasn’t driving the car.

(#1) The first time I remember, I was with my white mom at the gas station and the officer flagged us down after we finished gassing up, before we got back on the road. We were in our truck, and there were four or five of me and my siblings crawling around the front bench.

The officer told my mom we all needed seat belts, and she said we were getting a bigger car soon, but we didn’t have a vehicle that fit us all. I remember she shed a tear or two. My memory could be faulty. I can’t picture that now. He let us go with a warning, but said it wasn’t safe.

The next time (#2) was several years later. We were in the van and my white dad was driving. We rolled a stop sign. It was dark and we were in the middle of nowhere.

We were pulled over for not coming to a full stop. My dad explained that he didn’t see any cars coming, and our van had a faulty battery so if we came to a full stop, we would often stall, so if he could avoid stopping, he would just roll through. He said he was planning to get it fixed. It was true. The van was on its last legs and desperately needed some work. The officer gave us a conditional ticket. Once we got the van fixed, we could send the shop receipt back with the ticket and not have to pay the fine.

The next time (#3) it was me and four of my white girlfriends taking a road trip. It was my 16th birthday. I was in the passenger seat. We were reported by another driver for “reckless driving.” To be honest, we were speeding when we were reported, but were stuck behind a slow car by the time the cop found us and pulled us over. He asked us a few questions, looked over all of our driver’s licenses, and let us go with a warning to obey the speed limit. I was giddy; I wanted to point out that it was my birthday but I decided not to say anything.

Over a decade later, I was pulled over. (#4) For speeding. It was almost midnight on a holiday weekend, and I was alone, heading home from dropping a friend off at the airport. It was a 55 mph speed zone and I was going over 70. I didn’t have my driver’s license on me; I had accidentally left it at home on my night stand. I got a ticket and then was left to drive myself home. I was shaking and crying when the officer left my window, but it was more embarrassment than anything. And annoyance at the almost $250 ticket. It should have been more, but he didn’t charge me for the full 20 mph over the speed limit that I was going.

And finally, #5: In 2018, I was pulled over for crossing a solid white line into the bike lane because I was passing a car on the right that was waiting to turn left. My boyfriend TJ, who is black, was in the car with me. It was mid-December.

As the white officer came to my window. I started digging in my purse for my driver’s license. I asked my boyfriend to pop the glove box to grab my proof of insurance.

The cop got to the window and told me why he pulled me over and said what I did was illegal and dangerous. I said, “I know that ignorance of the law is no excuse, but I didn’t know, and I’m sorry and I’ll never do it again.” He said something about “…if there was a washing machine on the curb, you could have hit it,” or something strange like that. But he let me go with a warning, saying he was giving me a $600 Christmas present, as that’s how much my ticket would have been.

No one, in my entire life, ever sat me down and told me what to do if I had an encounter with the cops.

When TJ and I had been dating about a year, we drove to the vape shop to get some juice for his e-cigarette. I was driving his Jeep. He was in the passenger seat. It was dusk, and I had the headlights on. I was in luck—there was a spot directly in front of the store.

As I was pulling into the spot, TJ looked at me and said, “Turn your headlights off.”

“What?” I was confused. I hadn’t even parked yet.

He said again, more urgently, “Babe, turn the headlights off.”

I pulled into the space, headlights shining directly on…two white cops and a store employee standing right outside the shop, which had a broken window.

“I said, turn the headlights OFF!”

I pulled into the parking spot, glaring headlights still shining on the police officers, who then turned around and looked at us. I parked, and fumbled around, and eventually got the lights off, but by that time, the bright beams had been shining directly on the scene for several seconds. I kind of understood, but I didn’t really understand why that was such a big deal. We had done nothing wrong. The scene in front of us had nothing to do with US. TJ was just going to run in and come out. I wasn’t even planning to turn the car off.

And my black boyfriend walked past the cops and into the store.

Fast forward, then, to the “what if there’s a washing machine on the curb” incident. As we drove away, TJ told me that he was taught that if he’s ever pulled over, to turn the car off, take the keys out of the ignition, and hold both hands in plain sight, either on the steering wheel or out the window dangling the keys, where the police could see them. There is not white person training. There should not have to be black person training.

Yet, when TJ and I have kids, what do you think we will teach them?

It’s a different world out there for people of color, particularly black men. A racist world. A world where they have rules they have to follow that have everything to do with their skin color. It’s not right.

And for those of us with white privilege, who don’t fear for our lives when we’re pulled over (or who don’t panic when the lights are shined on “one-time,” (as TJ calls them—“one time” means you only have One Time with the police)), and who are let off with warnings even when we were in the wrong…some of us STILL need to take the first step of acknowledging that there is a problem. Black Live Do Matter.

Guantanamo Bay, Cuba. We ship anywhere in the world.