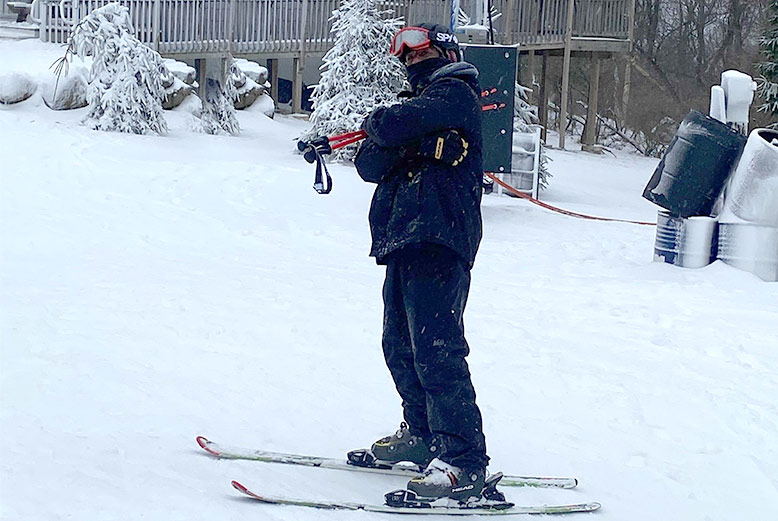 The Dreaded Woodworker
Saunas and Dreadlocs

By the Dreaded Woodworker

I have ALWAYS been an out-of-the-box type of guy.  I do not let stereotypes dictate how I live my life.

For example, in 1985, my best friend Sean and I joined Sandusky High School Ski Club. (Shout out to Sean! If you are reading this, remember when I saved your life when you almost skied off of that cliff? Now THAT, was funny! LMBAO.)

Anyway, I digress. He and I were the ONLY two African Americans kids in the club. I think ski club was $125.00 to join for the year, which included lift tickets and transportation to and from Brandywine Ski resort located outside of Cleveland, Ohio. We learned how to ski from the “preppy girls” who had probably been skiing their whole lives.

Special thanx to Kim, Lainie and Flo. They were the coolest, and never treated us any way other than cool.

I remember “Cheech” (name changed to protect the guilty) one of the older kids, smoking a sneak-a-toke on the ski lift, with teachers everywhere. Dude was nuts! I also remember Bota bags and LOTS of Peppermint Schnapps. 🙂

To the best of my recollection, for the two years we were in ski club, we never saw any other black kids on the slopes. I tell folks that brothas would get out there in -10 degree weather and play football but they were not going anywhere NEAR the slopes. Lol! I can tell you from experience, skiing is a SPORT and it’s fun! I can also tell you that after every trip, damn near every one of us on the bus ride back home was knocked out sleep from the exhaustion.

Those were some good times.  So much so, for the past 3 years, I have had season passes to Heavenly Ski Resort in South Lake Tahoe.

I was also the ONLY African American kid in my city who raced BMX, and I kicked ass at it even though my bike was a $100.00 K-Mart special. I was so damn proud of that bike. It had mag wheels  and was blue and yellow. It was DOPE! I remember riding my bike all over Sandusky.

Once, while I was riding on a BMX track close to home, I think it was 1981 or 1982, (for those in the know, it was the trail behind Star Lanes), a bunch of older white kids and I were taking a break from doing tricks and another kid around my age—I think we were 12—said that his bike was better than mine. Obviously, I said that mine was better because I was thinking more of my own skill at kicking ass on the track, versus the fact that he had a $300.00 Mongoose.

So we put it to a vote, and the first thing that came out of one of the older white kids mouth was, “Shit yeah, nigger man! His bike is better than yours.”

I rode home home and never told anyone about that incident until now.

Growing up back then, that was the terrain. Racism was alive and thriving in the early 80’s. I was ashamed of the fact that I didn’t say anything or try to kick his ass. But hey, I was 110 pounds soaking wet and by myself. All I could do was go home.

I never let that stop me though because I went on to kick plenty of asses on the BMX track until I got bored, and got into computers, specifically, the Commodore 64……………..11110101

And yes, I still have my BMX trophies